Laura has been in the merchant services industry since 1995, working in various sales, management, and consulting roles. She has owned Electronic Processing of North America since 1997 and obtained WBE certification in 1998. After selling a large part of her portfolio in 1999 to Universal Savings Bank, which was quickly acquired by Fifth Third Bank, Laura worked for Fifth Third Bank until 2002. During her tenure at the bank, she managed 18 sales representatives within the Midwest region. Under Laura’s leadership,  her sales team was recognized as the top merchant sales performing team for three consecutive years between 1999 and 2002.

After leaving Fifth Third Bank, Laura then went to work for two processing companies, TransFirst and TSYS (now Global).  Laura launched EPNA in October 2017, and in early 2018, signed a multi-year merchant services agreement with a financial institution and quickly and seamlessly converted the bank’s merchant portfolio to EPNA’s platform. To date, EPNA has signed numerous referral partnerships with many different organizations including accounting firms, financial consulting firms, specific industry associations such as the National Association of Women Business Owners-Chicago (NAWBO), a number of chambers of commerce, and integrated software vendors (ISVs), to name a few.

Since 2019, EPNA gained certification as a Women Business Enterprise (WBE) both locally and nationally. EPNA is currently certified in Credit Card Processing and Equipment Sales as well as Merchant Service Consulting and Financial Transaction Processing with the City of Chicago, Cook County, the State of Illinois, Airport Concessions (ACDBE), and the Women’s Business Development Center (WBENC).

Over the years, Laura has held many leadership positions in the merchant services industry. Most recently, in 2019, Laura was nominated and elected to serve a three-year term on the MSP Advisory Board for Elavon, Inc., one of the top five global payment processing companies. The MSP Advisory Board is comprised of nine individuals representing 350 MSP offices in the United States and Canada.

Laura earned a Bachelor of Arts degree in Communications with a minor in Women’s Studies from DePaul University, where she received a full-ride basketball scholarship. Laura is a lifelong Illinois resident and currently resides in Evanston, Illinois, with her husband and three children. 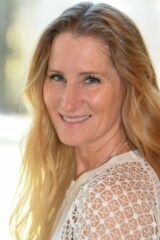 Let one of our trained consultants review your recent merchant statement, if we cannot meet or beat your current effective rate, EPNA will pay you $500!

We will unlock and provide a free analysis within ONE business day!