With decades of industry experience, EPNA’s founder and CEO Laura E. Demke-Calixte started the merchant processing company with goals of providing the best customer services and the most powerful processing systems in the industry.

The first unorthodox move was for EPNA to open a brick-and-mortar store-front where any merchant can walk in or call in to speak to a knowledgeable merchant consultant.  “EPNA  is making a statement to merchants that we are not going anywhere.  If one of our merchants has a processing issue, then we are here to address it.  If one of our merchants wants to discuss how to advance sales through e-commerce, we have demos here to show them some options,” says Demke-Calixte.

Next, EPNA became an independent processor which can board its merchants on a variety of platforms, while most other processors are more limited.  “It’s a big investment of EPNA’s capital and time to align with several underwriters, but that strategy provides the best options and pricing to our merchants,” says Demke-Calixte.  “Some of our merchants have proprietary systems that dictate which underwriter to use, so EPNA’s having that flexibility is key.  By having the ability to offer underwriting choices, EPNA offers merchants the widest array of POS, technology, services, and pricing.”

Another bold choice is that EPNA has no aspiration to become Big Business, which is really bucking the trend in the Year of the Mega Mergers for merchant processors.  After 2018 saw TSYS buy Cayan for $1 billion, 2019 has seen three jaw-dropping acquisitions: Fiserv acquired First Data for $22 billion, FIS acquired Worldpay for $35 billion, and Global Payments acquired TSYS for $21.5 billion.

EPNA’s growth model takes an entirely different approach: it works for and gets referrals from its Partners and from its existing merchants.  Because EPNA intentionally does not have multiple layers of hierarchy, its overhead costs are kept lower than its competitors, and EPNA passes those savings along to its merchants by offering the most compelling rates.  Because the merchants still have 24/7/365 access to technical support, EPNA’s merchants only benefit.

“We knew we were on to something when, very early on, we landed a large financial institution  by beating out a competitor processor who was exponentially larger than EPNA was,” says EPNA’s Chief of Business Development Esther Pochron.  “That was a prime example of how the bureaucracy of larger processors served just to create higher rates for the merchant.”

And Pochron would know,  as she has been in the merchant service space for over 20 years with specific expertise and tenure selling to financial institutions across the country for a Top 10 processor.  Demke-Calixte made sure Pochron was her first call when she decided to start EPNA. “I knew that Esther had the most integrity and trust from her partners and we aligned well together on transparency. This industry can make some folks miss the point of who they are working for. At EPNA, we know we work for our partners and merchants and there is no short term gain in our wheelhouse,” stated Demke-Calixte.

The growth-by-referral business model is premised on EPNA providing superior customer service.  “We need to prove ourselves every day both to our Partners and our merchants,” says Pochron .  Without a doubt, merchant processing is a crowded space and merchants have lots of options.  “We actively work with our merchants to improve their processing, and we have never raised our rates on a boarded merchant. We want to give our merchants no reason to leave.”

Another significant way EPNA distinguishes itself from other processors is through its Legacy Initiative, wherein EPNA passes through its wholesale cost and then donates 100% of its profits to every  fundraiser conducted by EPNA’s Non-Profit merchant customers.  Other processors may advertise reduced processing rates for charitable organizations, but EPNA’s Legacy Initiative is unique.  “The Legacy Initiative was the cornerstone of our Corporate Social Responsibility (“CSR”) Program in our earliest Business Plan.  We pass through our wholesale costs, and we commit to make not-one-cent off a Nonprofit fundraiser,” says Demke-Calixte.

EPNA’s Legacy Initiative is intended to thank Nonprofit organizations, as well as to pay-it-forward.  Nonprofits touch every life in every community in some way.  They protect, feed, educate, nurture, inspire, empower, rescue, and stimulate.  From schools, music festivals, community assist agencies, chambers of commerce, aid organizations — EPNA powers processing for them all.  “These organizations enrich our lives individually and as a community, and we’re proud to be true partners with them,” says Demke-Calixte.

EPNA processes for some Nonprofits on an ongoing basis if they collect dues, have an online store or physical presence, or have frequent events.  Other Nonprofits may have an annual fundraiser, and EPNA processes for them just around the time of the event.  Either way, EPNA prides itself in providing all its Nonprofits with access to the best processing equipment, platform, hands-on training, and robust reporting.

EPNA offers various integrated omni-commerce solutions that make it easy for a Nonprofit to not only accept payments, but also to monitor all payments on one easy-to-use dashboard regardless of how many devices are used and whether the payments are taken online, in person, or by mail or telephone.  The current technology makes it easy for a Nonprofit to create a clickable link that can be added to an email, text, webpage, or social media page, and the in-person payments require just a mobile app and a chip card device attached to a smartphone or tablet.

EPNA is doing the processing for a Nonprofit’s upcoming festival which benefit’s the music school’s tuition assistance fund, and, even before its donation, EPNA is saving the organization over $1,200 in equipment fees. “The timing worked so we were able to loan some of our own demo equipment, so the organization will have zero spend on its processing equipment,.” says EPNA’s Chief Analytics Officer Charlene Mitchell.  “Charities work so hard to raise money, and it’s rewarding to help those dollars go toward the cause rather than the overhead.”

EPNA is delighted that Mitchell is overseeing the Legacy Initiative. Prior to EPNA, Mitchell worked for 15 plus years at large litigation firm in the City of Chicago, in which she was partner; and she also worked for Nonprofits both as staff and as a volunteer.  “Having Charlene join EPNA and having her law background, she has been the driving force behind all our EPNA’s certifications, sustainability projects as well as the EPNA Legacy Program. Charlene is one of the best listeners as well as one of the smartest people I have ever met, she’s also incredibly funny and has been a huge catalyst for our growth,” said Demke-Calixte.

Another Nonprofit to benefit from EPNA’s Legacy Initiative is the National Association of Women Business Owners (“NAWBO”) Chicago Chapter.  EPNA does the processing on an ongoing basis, so the savings and donations will be paid out in a lump sum each January, following activity from the previous year.

“It’s not lost on me that NAWBO was one of the organizations that paved the way to success for women business owners, such as myself,” says Demke-Calixte.  Just over thirty years ago, NAWBO was instrumental in the passage of the Women’s Business Ownership Act of 1988 (“WBOA”) which ended the requirement that a woman needed a male relative to co-sign a business loan.  “It’s hard to believe that such an arcane roadblock existed in my lifetime.”

Prior to the WBOA, deserving women were prevented from starting or growing their businesses because they were systematically deprived of access to capital.  Today, thanks to the smart and hard work by groups like NAWBO, there are over 11.6 millions women-owned businesses in the United States, generating $1.7 trillion in revenue, and employing 9 million people. “Donating back to NAWBO makes me proud, in particular because EPNA is a Women Business Enterprise certified by the National Council and many governmental agencies.  It’s rewarding that our Legacy Initiative will help to further great causes,” says Demke-Calixte.

While EPNA committed itself to its Legacy Initiative program for altruistic CSR reasons, it has discovered that the program has gained traction with its Referring Partners who have come to appreciate their access to it.  A key channel in EPNA’s business development is its relationships with financial institutions, business consultants, and advisors, who refer their customers to EPNA for top-notch merchant processing.   “Partners often ask EPNA to do the processing at a favorite charity’s fundraiser.  We so appreciate all that our Referring Partners do for us.  We view that opportunity as a Win-Win-Win,” says Mitchell.  “Our Partner gets to help the charity which is near-and-dear to his or heart, the charity gets both a great service and a financial donation, and EPNA gets to fulfill its CSR goal.”

Similarly, many of EPNA’s merchants happily take advantage of the Legacy Initiative when they have a 501(c) charitable offshoot to their business.  Most recently, EPNA was signing a national supply chain solutions company, who was shocked and pleased to learn about the program.  Now, in addition to doing the company’s processing, EPNA will process the company’s golf outing which benefits the Leukemia and Lymphoma Society and then EPNA will donate 100% of its profits from the outing right back to the 501(c).  “We see see how energized our merchants are to raise money for their chosen charity, and we are pleased to help them achieve their goal.  We did not anticipate how much this program would mean to our merchants,” says Mitchell.

For questions, comments or to learn more about EPNA Legacy Initiative, please reach out to Charlene@epnallc.com. 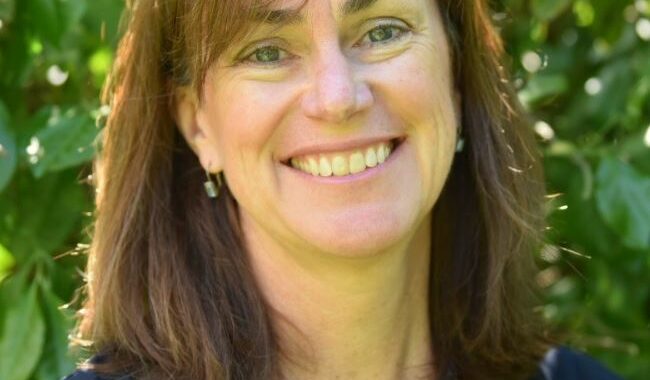 EPNA is pleased to announce Charlene Mitchell's appointment to The Green Sheet Advisory Board. At EPNA, Charlene works with prospective and current partners, merchants and agents. Charlene is responsible for coordinating and maintaining EPNA’s regional WBE and national WBENC certifications.… 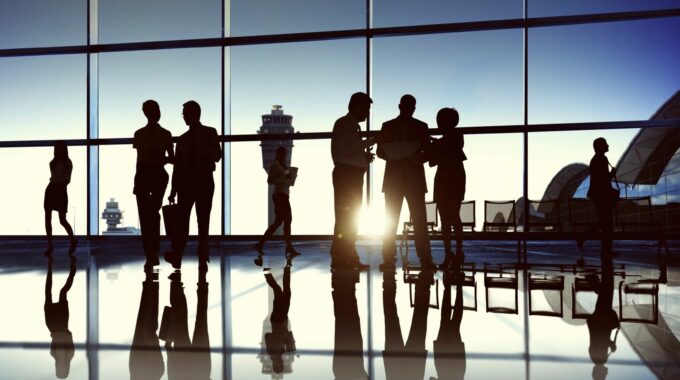 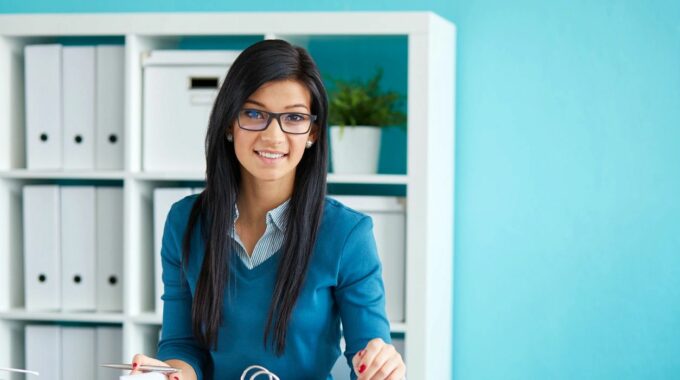 Chargebacks can be a costly part of accepting credit cards.  However, the risk of chargeback can be managed by making sure the customer is satisfied with their service or purchase and that payment processes are followed correctly. There are many… 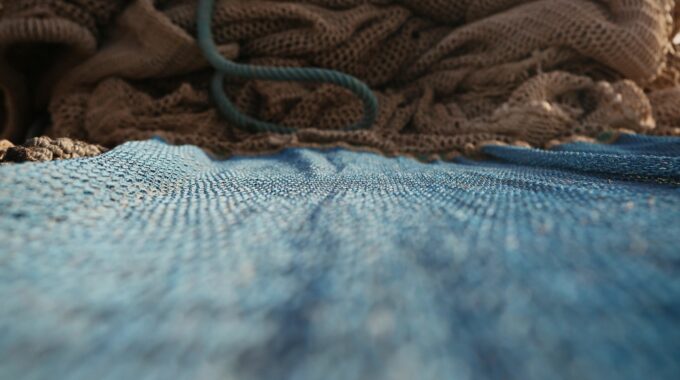 Converge® is an omni-channel payments processing solution that offers businesses the ability to accept payments in any payment environment needed, including in-store, mobile, mail/telephone order (MO/TO) and e-commerce.  EPNA allows the simplicity and the convenience of taking all payment…

EPNA brings a fresh perspective along with decades of experience to the merchant processing industry. In the year of the Mega Mergers, EPNA wants to be a Small Business. Part of the fresh perspective is EPNA's commitment to donate 100%… 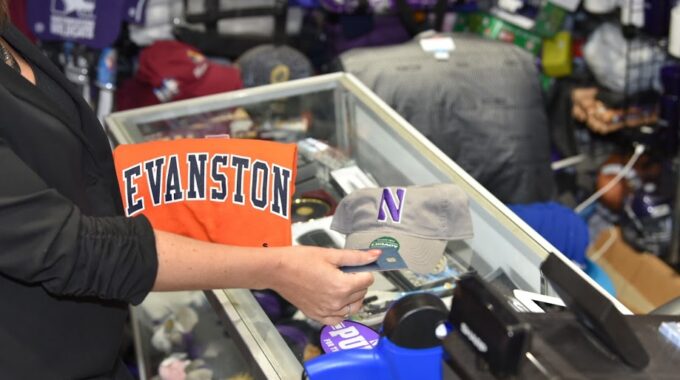 We’ve embraced the practice of shopping and eating local.  It’s time for businesses to process local, too. EPNA is an Evanston-based merchant processing company which works with anyone who accepts electronic payments (credit, debit, mobile) in any industry (retail,… 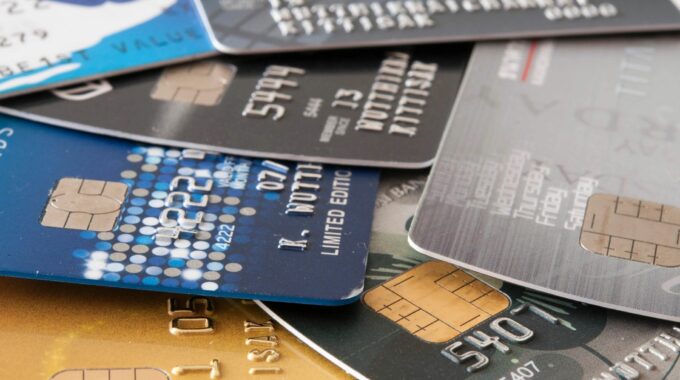 EPNA has a proven track record and is trusted by the business community.  Core Financial Outsourcing, for example, is a 30 year-old firm that was established to help business owners who needed a cost-effective and comprehensive offering of financial resources. … 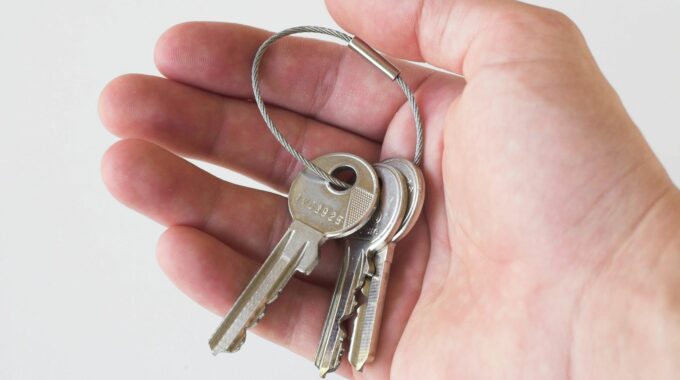 Turn the Dials to Your Advantage Please take the time to pull out your merchant statement from last year and a recent statement.  Are your fees the same?  Probably not, and most likely, not even close. Credit Card Processing Companies… 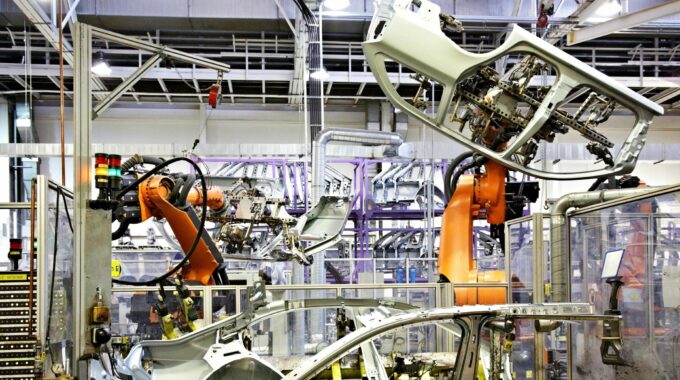 The globalized world includes many women and minority business enterprises, and their numbers are continually increasing day by day. In the U.S manufacturing and construction industries, many contractual projects require Women Business Enterprise (WBE), Minority Business Enterprise (MBE), and Disadvantaged…

Read More→
Call us now with any questions
©Electronic Processing of NA, LLC is a registered MSP/ISO of Elavon Inc., Atlanta, GA, and a registered ISA of Total Systems Services, Inc., Columbus, GA. ®All rights reserved.
Back To Top
×